Kyle Jacobs, the creator of artisanpizzaovens.net, has been cooking for a very long time but has been specializing in artisan pizzas for the the past 10 years. He lives in Denver Colorado with his wife and 5 year old daughter who happens to be his official tester for new pizza ideas.

Americans definitely love pizza. That's evident from this PMQ pizza magazine's findings in 2019, confirming that a whopping 83% of consumers in the USA eat pizza each month. Of course, you can never go wrong with a pizza business in this country, especially in New York and Chicago, where pizza is their staple food.

But, who does it better between these two cities?

This is the biggest debate ever in our pizza world. It all depends on various factors that we're going to outline in this article. You will then decide on the perfect pizza once you finish reading this.

Both Chicago and New York have a long history of making pizza, and they both have several variations of their signature pizza styles. This makes it even harder on deciding who does it better. On top of that, there is also a difference in the ingredients they use for their signature pizzas. 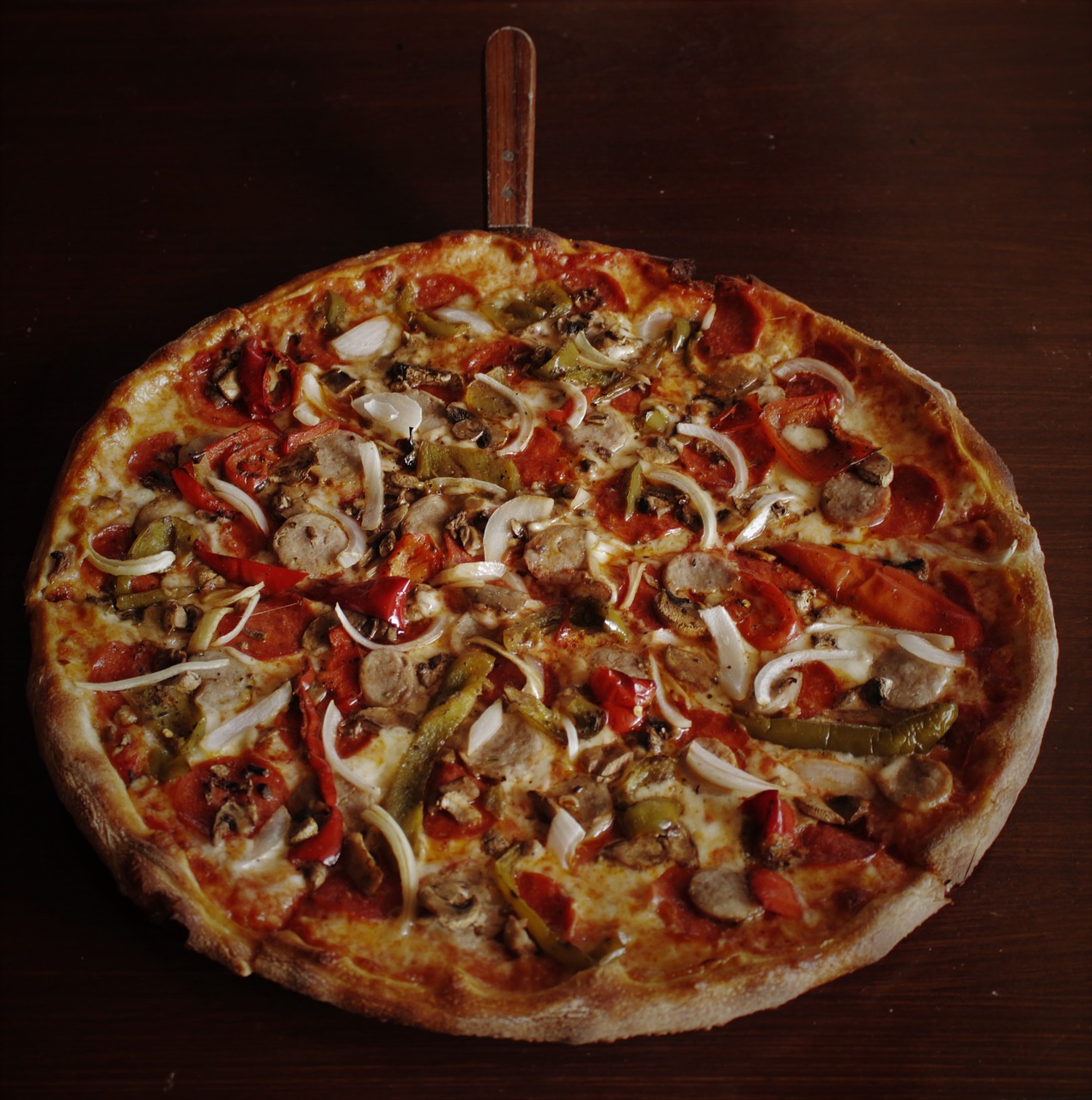 In New York, you'll see pizza being sold in slices, and the slices have a thin crust. Along the edges of their pizza, you'll see that the crust is thick yet thin and soft under those toppings.

It is popular to fold it in half while eating it. They shred the mozzarella cheese and add it along with tomato sauce as pizza toppings. This style comes from the Neapolitan pizza famous in Italy.

Chicago pizzas are known to have thick crusts.

According to BBC Travel, the Chicago-style pizza originated from the pizzeria Uno, owned by two entrepreneurs from Italy who decided to create a new pizza version, the Italian-American.

Let's look at the key differences between these two pizza styles.

1. The difference in their crust

The crust style difference between the Chicago-style pizza and New York-style pizza is so obvious, and it's also one of the key differences.

Like we've stated above, New York pizza is very thin and crispy, and you can easily eat it folded into half. Contrarily, Chicago pizza is deep with a thick crust and is more of a whole meal needing all the cutleries to eat.

2. Their toppings aren't the same either

The New York pizza is very thin, normally served in small slices, making room for only a few toppings. So apart from the cheese and crust, you'll only have a small amount of room for one or two toppings.

On the other hand, Chicago pizza has enough room for a good amount of toppings, and you can add all kinds from meat to vegetables.

3. What about the cheese?

You can load different types of cheese in the Chicago deep-dish pizza since it provides enough space. You can even decide to add a layer of different cheese on top of other toppings.

On the other hand, New York pizza sacrifices its crust for a single mozzarella cheese layer since it can only accommodate this single type.

The sauce used in New York pizza is highly seasoned to provide both heat and some sweetness to your mouth when you taste it.

This sauce is relatively thick to keep your pizza from getting soggy but spreads easily on the pizza since it's also light. Just like cheese, this pizza can only accommodate a limited amount of sauce.

However, Chicago pizza tends to take enough sauce looking at its density. Their pizza sauce looks more chunky compared to other normal sauces from the city.

5. The amount of oil used

Did you know that the amount of oil used in these two pizza styles also differs? Well, that's the truth.

The New York pizza looks more oily because you can clearly see some of it dripping off the pizza from the sides.

On the other hand, the Chicago pizza allows pizza to be distributed evenly on the surface because it has enough room for it. Therefore, it also looks drier than the New York pizza.

6. The difference in how these two styles of pizza are served

When making the New York pizza, they normally spread the dough in a large circle before adding the toppings and finally placing it in an oven to bake.

When it's ready, the large pizza is then divided into equal triangular-shaped slices to make your eating job easy. You can even eat it along the road when walking.

Chicago pizzas, on the other hand, can be messy considering the number of toppings they can accommodate. In addition, you'll need a napkin, fork, and knife to properly it the Chicago-style pizza since it's a whole sit-down meal.

We must appreciate the fact that we're not all the same and our opinions about certain things may also differ. This is so true about these two styles of pizza.

Clearly, this debate isn't ending soon. That's fine because we all have different tastes and preferences. But, the bottom line is people love pizza, no matter the style. You can also enjoy a wide variety of pizza styles in the US other than these two.

Kyle Jacobs, the creator of artisanpizzaovens.net, has been cooking for a very long time but has been specializing in artisan pizzas for the the past 10 years. He lives in Denver Colorado with his wife and 5 year old daughter who happens to be his official tester for new pizza ideas.